Trust is key when you’re giving your heart away. But if you see these 11 signs in the man you’re dating, it’s a warning that he just can’t be trusted.

If he is guilty of more than three, he is probably not someone you want to trust with your heart. However, you have to always keep in mind that your man is human and that he should be offered the benefit of the doubt. Never jump to conclusions and always give him a chance to explain himself if you suspect something is amiss. And remember to trust your instincts and take action accordingly.

1 Vague explanations. If he cannot give you a satisfactory reason why he had to cancel on your date, was an hour late for your housewarming soiree, or flaked on being your date to a party, you should be suspicious. Although you should give your man the benefit of the doubt, if at the end of the day, you find that he always gives you unsatisfactory explanations, you do have good reason to distrust him.

Telling the truth should be simple, especially if he did not do anything wrong. However, if you find him stumbling and fumbling for words, or is super vague when explaining why to you, he has something to hide.

2 Not there for you. A huge part of knowing whether you can trust a guy is measuring his loyalty to you. You should be able to count on him when you need him the most. It could be moving some boxes, being a shoulder to cry on if someone close to you dies, or something really simple like changing a light bulb.

If he jumps at the chance to help you out during your time of need, you can probably trust him with your heart. However, if he is always too busy doing something else when you need him the most, you should take it as a red flag that he cannot be trusted.

3 Secretive with phone calls. If your man always gets up and leaves the room to answer a phone call or respond to a text, you know that he has something to hide. Sure, it could be a personal or business matter that he is attending to, but at the end of the day, if you are in a relationship with each other, doing something as simple as answering the phone in your presence no matter the situation should not be a problem. If he does this very often and if he refuses to leave his phone alone with you, you can be sure that he is hiding something.

4 Busy at odd hours. A friend recently told me the story of how her boyfriend of two years always had to rush off for business meetings after dinner. Apparently, the odd hours had to do with dealing with foreign markets in different time zones. However, the more he did it, the more she realized she was being fooled. The straw that broke the camel’s back entailed him giving her an unbelievable explanation to justify why he had to meet a client at midnight on a Friday.

She confronted him and he came clean about his sketchy affair. At the end of the day, you have to know when to stop turning a blind eye towards his indiscretions and face reality head on. There is nothing wrong if your man wants to focus on his career but you should be able to tell when he is lying and stop him in his tracks.

If his friends seem to forget who you are the few times you meet up, it is probably an indication that he does not talk about you very often, or it could mean that they have lost track of which girl he is out with. They probably get introduced to a new girl very often, thus the slip ups. Be wary if his friends do not know you well, and vice versa.

6 Takes forever to return calls or texts. If your man really cares about you, he will not leave you hanging when it comes to returning your calls or texts. Communicating with you should be a happy thing, not a chore. If it always takes him forever to get back to you, you can be sure that you are not a priority in his life.

Sure, it is always a good thing to give him the benefit of the doubt. He may just be in a meeting or his phone died on him. However, if this happens all too often, you should be distrustful of him.

7 Seen with other girls. When you or your friends catch him out and about with another woman getting flirty, chatty, and touchy, you will know for a fact that you cannot trust him. When caught, guilty men usually respond with, “It is not what it looks like and it is not what you think.”

But it is usually always what it looks like and what you think it is, so do not trust the spew of trash that comes out of his mouth. If he really cares about you, he will not be out and about flirting with other girls anyway.

8 Leaves out information. If he is guilty of omitting information that he knows will have you on the edge of your seat, he cannot be trusted. Remember that him leaving out information is just as bad as him lying to you.

For example, he may tell you that he is off to Jeff’s place for poker boy’s night. A couple of weeks later, you find out from someone who was there that it was a house party and not a calm poker night and that it was a boys and girls night. Do not believe his explanation that he is only trying to “protect you” and that he did not want to “worry you”. If he has nothing to hide, he would not hide it. There was no need for him to be sneaky and manipulative if he was not planning on being naughty without you.

9 Rarely uses your name. If a man is trying to juggle and manage his time between several girls, he will usually end up being very generic in his correspondence with you. Whether it is via email, text, or even through a phone call, if he refrains from using your name and sticks to generic nicknames like “babe” and “sweetheart”, you should be suspicious.

This does not mean that all men who use cute nicknames are cheating slobs. However, you should be wary if he falters every time he has to use your name, such as introducing you to a friend during a chance encounter in the street, or something along those lines.

10 Has a habit of canceling. If he has a nasty habit of canceling on you at the last minute, you should rethink the trust that you put in him. Sure, it is perfectly normal for people to get caught up in work and have unexpected issues crop up when they least expect it. However, if he blows off plans with you with little to no explanation on a regular basis, he is definitely hiding something.

11 Has given you a reason to doubt him.

If he has lied to you before, he will lie to you again. Another way to tell that he is not someone to be trusted is if he has a history of cheating. It may not be on you, but if he cheated on his former girlfriend, there is absolutely no reason why he will not do the same to you.

Some people just cannot be trusted and it is really too bad if you find this out about your man. It is never too late to learn some 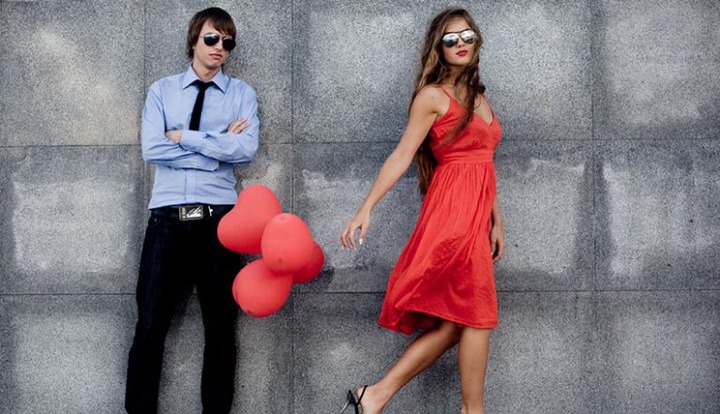 one’s true colors, so trust your mind to make the right decision if it ever comes down to it and do not settle.

If the man you’re dating exhibits several or all the signs listed above, you should do yourself a favor and start questioning his actions. You have to follow your gut when it comes to matters of the heart because at the end of the day, your instincts can be trusted more than him. It may not always mean that he is cheating on you. It could simply mean that he is just not that into you and is planning his great escape.

If you see these 11 signs you can’t trust the guy you’re dating in your love life, it is a hard pill to swallow. Shrug it off and be the strong and independent woman that you are, hold you head high and move on.

Content created and supplied by: Osamezu (via Opera News )

Signs That You Are In a Relationship With Yourself

Ladies, Here Are 3 Reasons Why You Shouldn't Sleep In A...