When a woman truly loves you she might give you all her body and her heart, but one thing a woman will never do is share her most hidden secrets with you, especially when it has to do with her past before you came into her life. 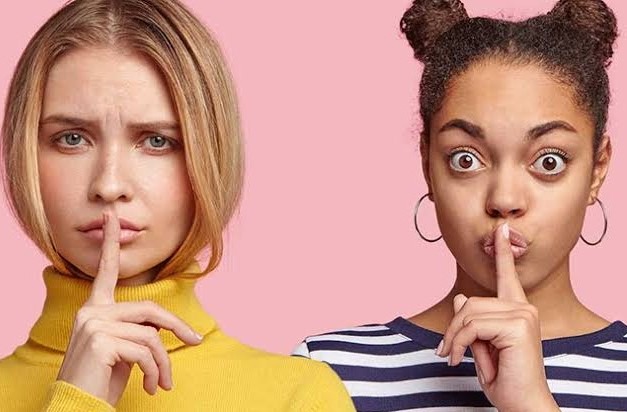 Ladies often do this because they've moved on and don't want you to get hurt or think less about them, especially when those secrets are past actions she regrets doing. Another reason women keep secrets is that they're not comfortable with sharing them with anyone, not even their partner.

In this article, I'll be sharing with you some of the common secrets women hide from men in romantic relationships.

1. Their Insecurities And Weaknesses

Women don't like sharing their insecurities and weaknesses with men when in a romantic relationship. Sometimes they do this because they are scared you might use the information against them in the future and also because they are not comfortable with the idea of sharing such details with you.

2. How Many Men She Has Shared Her Bed With

A lady would never let a man she loves know the number of men she has shared her bed with. Ladies don't like doing body counts and don't want you to think that less of them.

3. Her Secrets With Her Girlfriends

Girls are very discreet with the conversations they have with their girlfriends. They only tell their man what they want him to know and never give him full details of the discussion.

4. The Number Of Exes She Has

Ladies don't like disclosing the number of men they've dated in their past relationships before they met you. Many of them just want to move on.

5. When They're Getting Attracted To Another Man

Sometimes ladies get attracted to other men even while they're in a relationship, but they often keep this to themselves and ensure he never finds out.

Content created and supplied by: studio.opera.com (via Opera News )

Ladies, Here Are 3 Reasons Why You Shouldn't Sleep In A...