Even though the government and it's relevant agencies have been doing everything necessary to persuade people to reduce the intake of alcohol,many people are still getting involved into it.

We want to highlight some drinking mistakes people do that can be fatal.

Binge drinking occurs when a person take up to four drinks in any day or more than fourteen drinks in a week for a man.

That means taking more alcoholic drinks than what is recommended by the appropriate authorities.

FDA guidelines for alcohol Consumption is that men should not exceed two drinks a day or fourteen drinks in a week, while women should not take more than one drink in a day.

It is a drinking mistake to drink more than the recommended dosage.

Many people still drink above this recommended dosage, but it is a serious drinking mistake to drive after a binge drinking.

I know that nobody will like to see himself in the hospital because he was driving after having drank heavily,so avoid this avoidable mistake.

3. Leaving your cup of drink with friends while you want to urinate.

Leaving your drink on the table while you want to urinate or talk privately with another friend is a drinking mistake. You never can tell what happened to your drink in your absence.

Some people have been drugged after making this kind of mistake

4. Talking too much after being drunk. 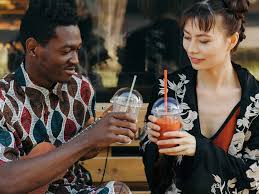 Many people make this mistake. Some people believe that by talking,they will be able to shake off the effect of the driñk from their body.

But this is really a very big mistake,you may not be able to effectively control everything you have to say when you are drunk.

5 Going home with a new friend after being drunk.

This sometimes may refer to some women. If you just met a friend and perhaps about to enter into a new relationship,

it will be a serious drinking mistake to follow a new friend to his house after binge drinking. The consequences sometimes may not be interesting.

5 Warning Signs The Body Gives When A Stroke Attack Is...

Keeping Your Light on While You Sleep is Bad, Here are...