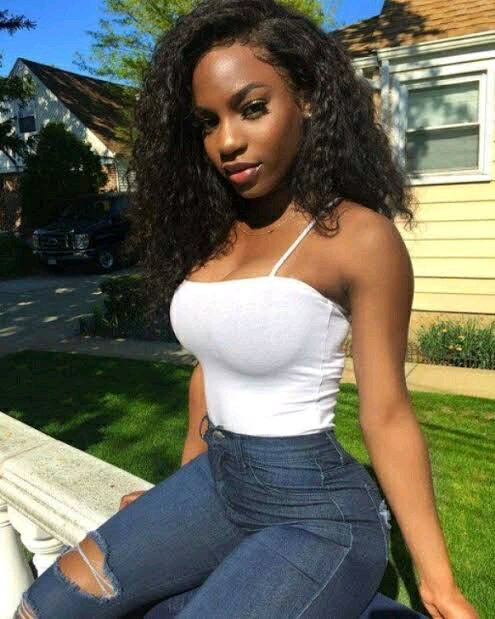 It is almost a culture in Africa that the idea of initiating a romantic relationship should be started by the male counterpart. It is also a unanimous belief upheld by most African ladies that asking a guy for a relationship is unethical and can project one as being desperate or cheap, hence; they conform to hiding their feelings of attraction.

Notwithstanding, studies have shown that ladies are prone to showing gestures or unconscious attitudes that reveal their intentions most times.

Research has shown that when a lady is emotionally attached to a guy and probably wants him to throw advances towards her, she tends to exhibit somebody languages or gestures that clearly reveals her state. Below are some of them.

1. When she calls regularly or chat with you on social media.

Ladies don’t do this often, most especially when their ego is at stake. But a situation where a lady foregoes her feminine pride and begins to call a guy frequently or chat with him on social media is a pointer she is very much attracted to him and wouldn’t mind being in a relationship with him.

2. She is fond of coming around you.

Ladies are naturally of the habit of seeking the presence of a person they admire and are attracted to. When a lady enjoys coming around you for no obvious reason but for the fun of it can be a clue that she wants to be in a romantic relationship with you.

3. She gives you food gifts or other presents.

This is one love sign exhibited by most African ladies which apparently reveals their interest in a particular guy. When a lady continuously showers a guy with food gifts and other valuable items, could be a positive sign that she wants to be engaged with him in a relationship.

4. When she calls you funny nicknames.

Research has shown that when a lady is deeply emotionally engrossed with a guy, she tends to call him nicknames that might be aligned with his personality. Psychological studies have revealed that ladies are more inclined to giving negative names to a guy they admire. For instance, you will hear a lady call a guy “big head”, “big eyes”, “small boy”, “ugly boy”, “old man” and so on. This is one “green light “shown by most ladies when they are mesmerized by a guy.

5. When she is fond of initiating romance related-topics whenever you both are having a conversation together.

This point might not necessarily imply a relationship intention by most ladies, but a situation where the topic of romance becomes the only conversation she brings to you for a discussion is a sign she is interested in you and would want you to woo her for a relationship.

Content created and supplied by: OsPrince (via Opera News )

I Don't Enjoy Being With Men Who Are Romantically Connected To...