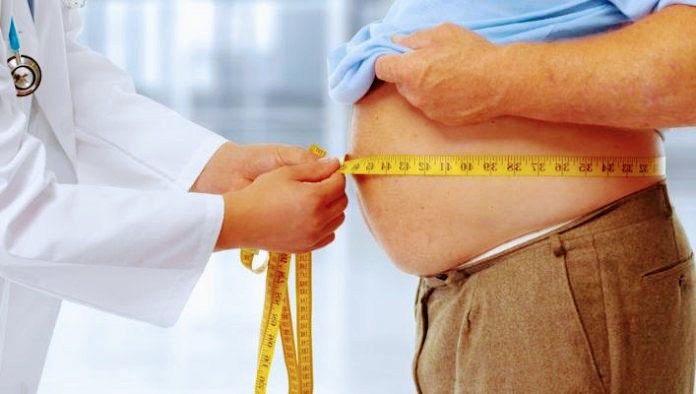 Before today, many people associated having a potbelly with being wealthy or living extravagant, to the point that everyone wanted one. We had no idea that potbelly, also known as beer belly or “afo beer” as the Igbo call it, was a symptom that anything was wrong with our bodies. Potbelly used to be associated with older men, but that is no longer the case. It appears that our young guys have decided to take a look from the elderly men's book. A young man in his late 20s or 30s with a paunch hanging over his belt can be seen almost every day. Potbellies aren't exclusive to males, but while women store fat in their breasts, thighs, pelvic areas, and buttocks, men carry it around their stomachs. The main cause of potbelly is an imbalance in calorie intake and expenditure, which leads to visceral fat buildup in the abdomen and protrusion of the belly. 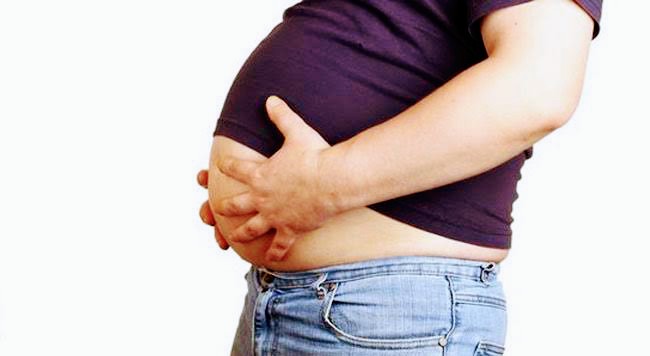 9 Common Cause Of PotBelly

Potbellies have been linked to an increased risk of insulin resistance, Type 2 diabetes mellitus, blood lipid problems, high blood pressure, stroke, and other heart-related ailments, according to medical research.In reality, having a potbelly is referred to as being abdominal or centrally obese.

What Causes a Bloated Stomach?

Do you want to discover why you or your friends have developed a potbelly? Then continue reading

The rate of metabolism of a man slows down as he gets older. Men in their 50s should take 1800-2000, calories each day, according to dieticians. Though not all men develop potbellies as they age due to individual variances, those who consume excessive calories and engage in little or no physical activity are more likely to do so.

This is a medical disorder caused by an overabundance of the hormone CORTISOL. Cortisol regulates the breakdown of carbs, lipids, and proteins for energy production and modulates our response to stressful situations. When there is hypercortisolism (excessive Cortisol secretion), which can occur as a result of abnormal tumors in the brain or long-term use of drugs like prednisolone, dexamethasone, and others, the metabolic activity of CORTISOL has been increased, resulting in Cushing's syndrome, which is characterized by moon face, potbelly, and other symptoms.The inference is that if a man has Cushing's syndrome, he will inevitably develop a potbelly (central obesity).

Many people have become less physically active over the years, which adds to the rising rate of obesity, including abdominal obesity. People nowadays prefer to hire a cab rather than walk even short distances. Some people have professions that require them to sit for 6-8 hours under air conditioning with little or no time to walk from one office to the next, since they have secretaries and receptionists at their disposal. Others, on the other hand, would spend 2-3 hours each day watching bbnaija and other soap operas. The truth is that people acquire weight when they continue to consume too many calories while doing nothing to burn them off. Potbelly develops as a result of people's sedentary lifestyles, which make it difficult for them to remove some of the excess fat they've gained, particularly around the abdomen.

4. Drinking Too Much Alcohol. 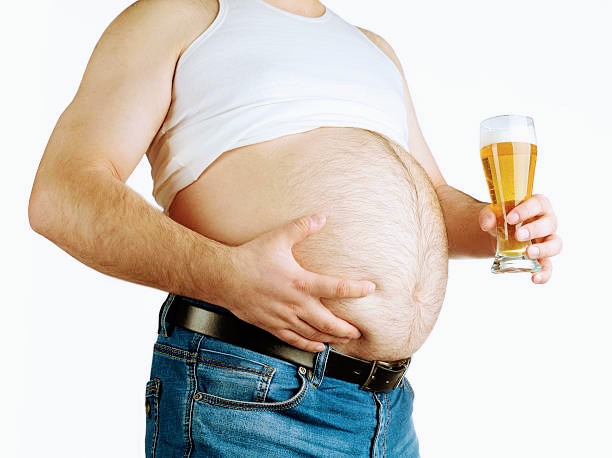 I know you've been waiting for alcohol to be named as one of the causes of potbellies, and now it's finally here. After all, it was from there that the term “beer belly” was coined. To be clear, there are those who don't drink alcohol but have a potbelly, those who are alcoholics but don't have a protruding stomach, and those who drink alcohol but nevertheless have a potbelly. Because it contains a large quantity of calories that are metabolized and stored as fats, alcohol has been identified as one of the causes of a potbelly. Because alcohol reduces blood sugar levels, persons who binge-drink are more likely to overeat. A moderately active young guy should consume 2000-2200 calories per day, however when they take more calories than they burn, a potbelly develops. According to my research, a bottle of Legend Extra Stout (60cl) contains 225 calories. If a man drinks up to 5 bottles of Legend Extra Stout, he will consume 1,125 calories from beer alone, not including the calories he will consume from the meals he would consume later that day. Moderate alcohol consumption may have certain advantages, but excessive consumption not only causes a potbelly but also causes liver damage. 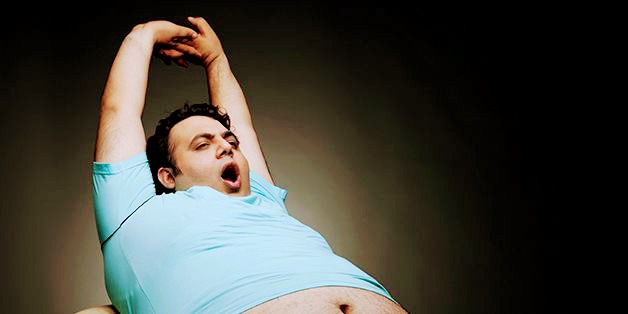 Sleep deprivation has been linked to the formation of body fat and weight growth. Sleep signals can influence the release of hormones like cortisol, leptin, and Grehlin. While a higher concentration of leptin in the body enhances satiety and hence reduces food intake, a rise in grehlin secretion stimulates hunger, slows metabolic rate, and increases fat storage. The basic line is that an adult should get at least 7-9 hours of sleep every night, but if you get poor quality sleep regularly, you will gain weight, even in your abdomen.

6. The Influence Of Genetic Modification.

Many aspects of our personalities, including our physical appearance, are influenced by our genetic makeup. The genes that code for leptin and cortisol receptors have been linked to abdominal fat. Though males tend to accumulate more fat in their abdomens than women, certain guys have a higher proclivity to do so. If you have a family history of potbelly, what I mean is that if potbelly runs in your family, your chances of inheriting it are higher. This is more of a predisposing factor than a cause, in my opinion. As I previously stated, in this part of the world, many links having a pot-belly with being wealthy or living large. They believe that if you are wealthy, it should reflect in your appearance. Some unenlightened rich men's lifestyles have been impacted by this idea. They don't care about the nutritional worth of whatever they eat since they can buy it; after all, the purpose is to appear fat so that others can see that they are wealthy. The majority of persons with high societal status lead inactive lives. They are usually busy and have little or no time to exercise. They don't even walk, no matter how small the distance; it's always from their cars to the lift to their offices, and there's no way to burn it off, which fosters belly fat formation. Because men with bulging bellies are usually regarded as wealthy and powerful, some young men wish to have potbellies in order to receive the same recognition, admiration, acclaim, and respect accorded to these guys by society. 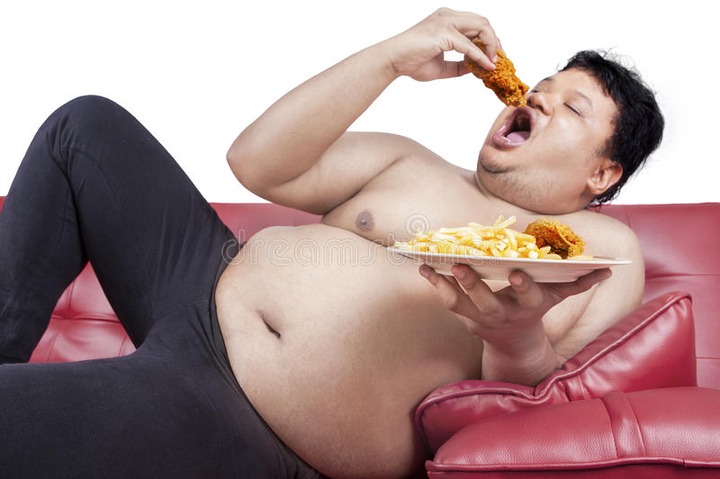 Junk foods, such as cake, chocolates, fried foods, and greasy fast food, provide a substantial number of calorie. These foods are sometimes cooked and preserved with oils that include trans fats, which are bad for your health since they raise your risk of obesity, insulin resistance, and heart disease. Our sugary soft drinks aren't exempt, either. Do you know that a bottle of coke (50cl) contains 210 calories for some of us Nigerians who have the habit of consuming one bottle of soft drink after each meal. It follows that if you constantly drink a bottle of coke after each meal, you will have consumed 630 calories each day from coke alone, in addition to the calories you will still acquire from the food you ate, after three square meals. However, because these soft drinks do not provide satiety, you will become hungry again within a few minutes. Abdominal obesity develops when you consume more calories than you burn.

3 Things That Can Damage The Liver

How to manage head lice in children

How To Prevent And Manage Asthma Condition

What Your Body Is Trying To Tell You When You're Craving...