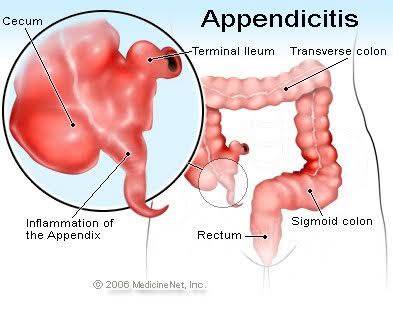 No matter the part of the world you grew up in, you must have been told at one point or the other in your life that swallowing seeds of fruits like guava can cause appendicitis. I for one was scared to death during my childhood days because swallowing Guava Seeds without chewing them was a norm for me. But did I suffer from appendicitis? No!

I am not writing this piece based on my own experience but using the facts contained from various studies and medical experts who have shared their views on this issue. The truth and fact is that swallowing seeds of some fruits is not so healthy because some of them can get trapped in the appendix and as such lead to inflammation though it is exceedingly rare according to medical researchers. So it is not even so feasible because most fruit seeds are easily passed out of the body when passing out faeces so very little if any get trapped in the appendix to the extent of causing an inflammation.

This doesn't mean, you should go ahead and swallow the seed of guava fruit, make sure you chew it as much as you can before swallowing to further reduce the possibility though there is little to none of you suffering from appendicitis due to that. The long and short of this piece is that swallowing Guava seed can cause appendicitis but it is very rare and can also be avoided if you chew the seed well before swallowing.

Content created and supplied by: ErickssonDGreat (via Opera News )

6 Signs Of Appendicitis You Should Never Take For Granted (Photos)

4 Reasons why you must stop wearing tight boxers (underwear).

3 exercises to help you maintain a flat stomach