No. You will not be able to have your monthly period when pregnant.

During pregnancy, some women experience vaginal bleeding. Some women even report sporadic bleeding that appears to be menstruation. 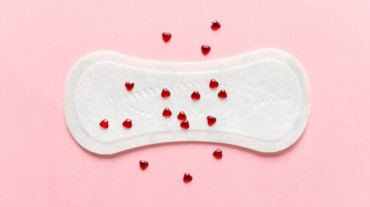 When you're pregnant, you do not menstruate: Your uterus develops a thick blood-rich lining each month in preparation for an egg to implant. Your menstrual cycle is when you shed this tissue and blood if you don't get pregnant that month.

Hormones tell the blood-rich tissue to stay intact to support the growing baby once an egg embeds in the uterine lining. And you won't be able to get rid of it and restart your period till your pregnancy is over.

Bleeding can occur during pregnancy for a variety of reasons, some of which are significant and others which are not. Some women experience minor bleeding or spotting in the week leading up to their period, which they may misinterpret as a menstruation. It's usually much lighter than a regular menstruation and just lasts a day or two.

Because of the idea that the fertilized egg burrows into the blood-rich lining of the uterus, this spotting has been dubbed "implantation bleeding." However, no one knows what causes it.

After a Pap smear, vaginal exam, or sex, you may experience spotting. This is because your cervix receives more blood during pregnancy.

Bleeding can potentially indicate something major is wrong, such as an infection, placental problems, miscarriage, or a life-threatening ectopic pregnancy.

Even if the bleeding has stopped, call your doctor or midwife right away if you see bleeding while pregnant. Many women who bleed a bit during pregnancy give birth without issues, but you should get checked out to make sure there isn't something severe going on.

Content created and supplied by: DrTracy_PCOS (via Opera News )

Do You Still Eat Kpomo(Cow Skin)? Check out what it Does To Your Health

Dear Men, Here Are 5 Warning Signs That Indicate You Need...