Snail meat remains one of the most consumed type of meat in eatery and fast food restaurants. Many people eat this meat for its high nutritional benefits and taste which is quite unique. 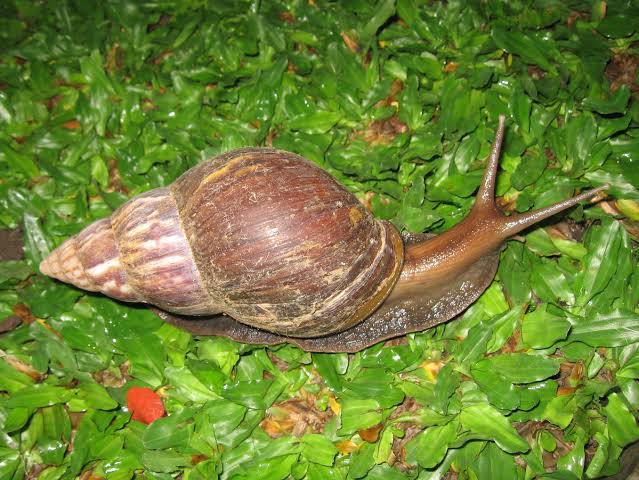 Despite the fact that Snails has a lot of benefits it can give to the body, there are still some disadvantages associated with eating snail or you can just say risk factors.

Snail are well known for a disease called Schistosomiasis. This is not a common disease as it has lead to numerous deaths around the world.

Most wild snails get infected by the disease when they drink or swim in waters contaminated with this bacteria (Schistosoma). Currently there are little cure for Schistosomiasis in most African countries including Nigeria itself.

So the question now is, how does the body get infected with Schistosoma?

This occurs when a snail Meat is mistakenly eaten raw by kids who are just learning what is around their environment. Keeping unshelled snail Meat around the reach of a children still under the age of 6 could be dangerous as many of them don't have basic understanding at that age.

If a child mistakenly takes in uncooked snail, it could take some days or weeks before some of its signs surface, some of such include loss of blood, fatigue, releasing of blood when stooling or urine

It is a dangerous situation that should be looked into immediately you notice your son or daughter took it.

It could also affect individuals when it is undercooked or washed inappropriately. Mostly it is preferable for people to wash snail Meat numerously before cooking and frying, though the oil you use also matters a lot.

Using an unhealthy oil could make the meat to be high in cholesterol which will be bad for the heart health.

But if you properly washed, cooked and fried your snail meat, it is very good for health as it is a good source of protein, Omega-3 fatty acids and other important minerals to the body.

5 Dangers of Wearing Tight Underwear to Bed at Night.

Causes Of Urinary Obstruction, A Condition That Blocks The Flow Of...