Some ladies believe that they are supposed to leave the expenses involved in a date to be sorted out by their men. They may even leave men who push such responsibilities to them. 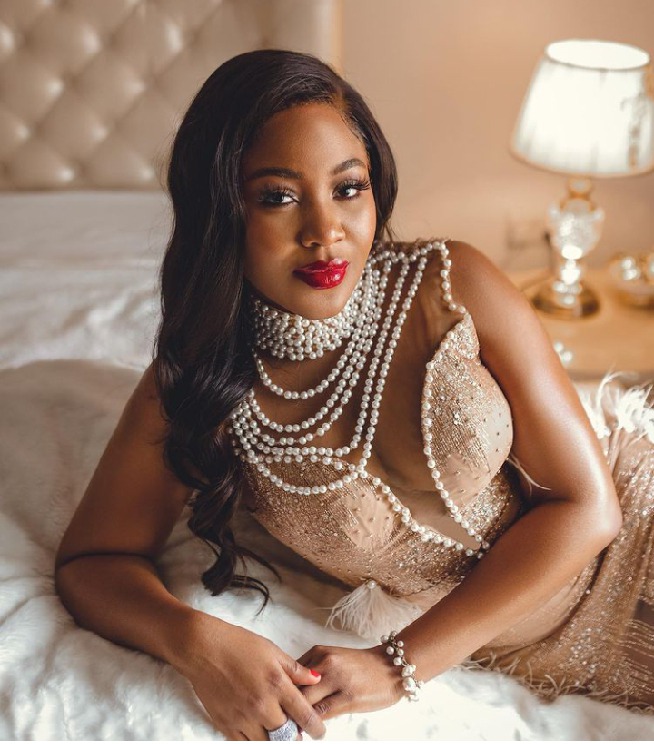 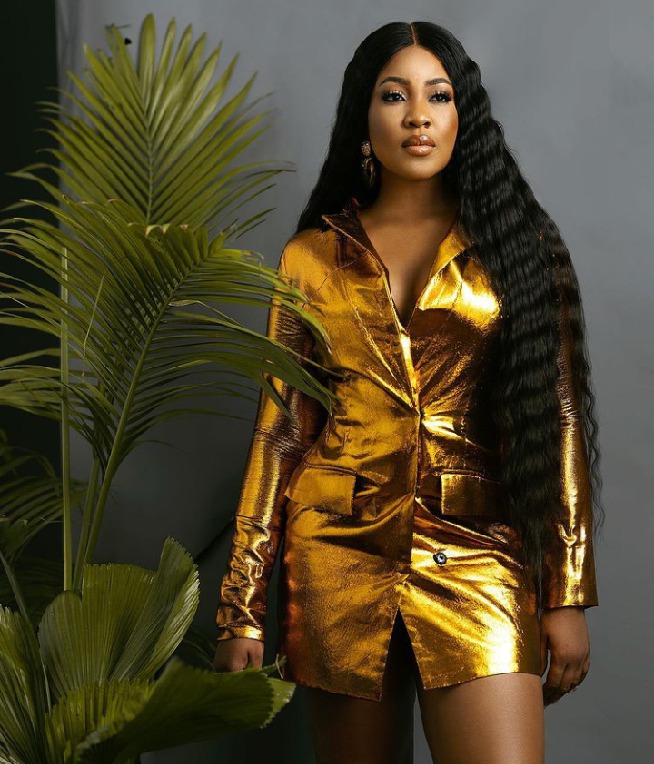 As reported by Instablog9ja, BBNaija former housemate, Erica Nlewedim has stated that she would never pay for the expenses involved when going on a date with a man.

She made this statement while reacting to a lady who claimed that her man asked her for her budget so that he could pick a good restaurant. According to Erica, she would chase away any man who asks such a question. 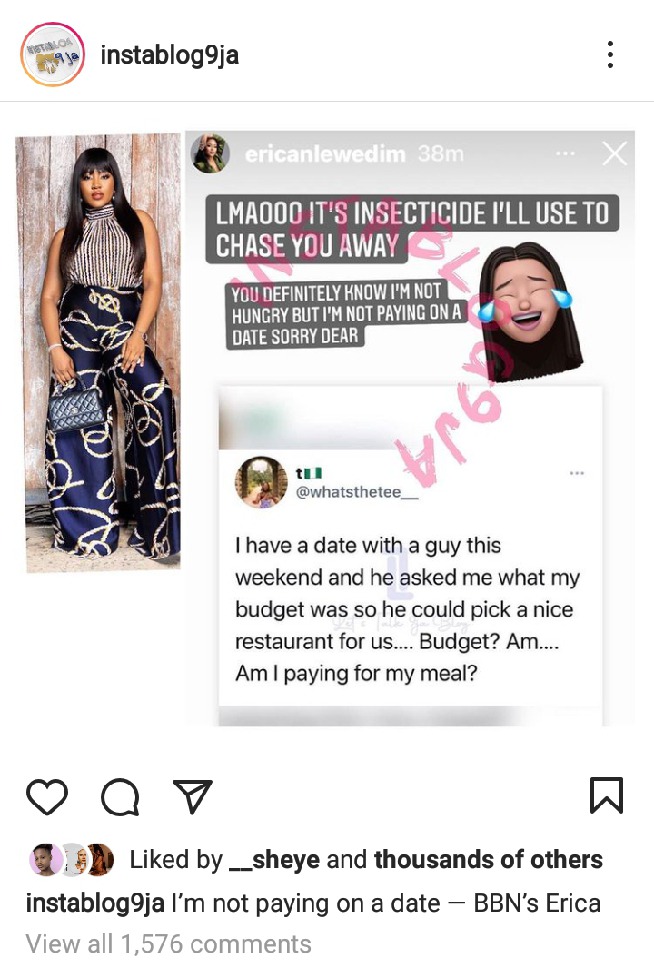 This caused a lot of reactions online and below are some of them: 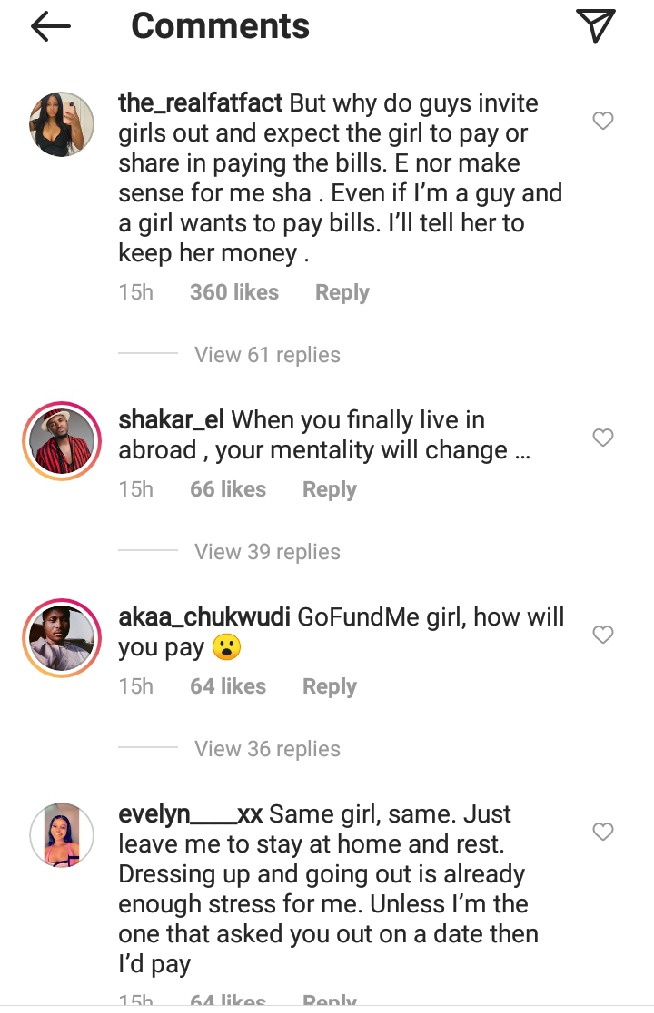 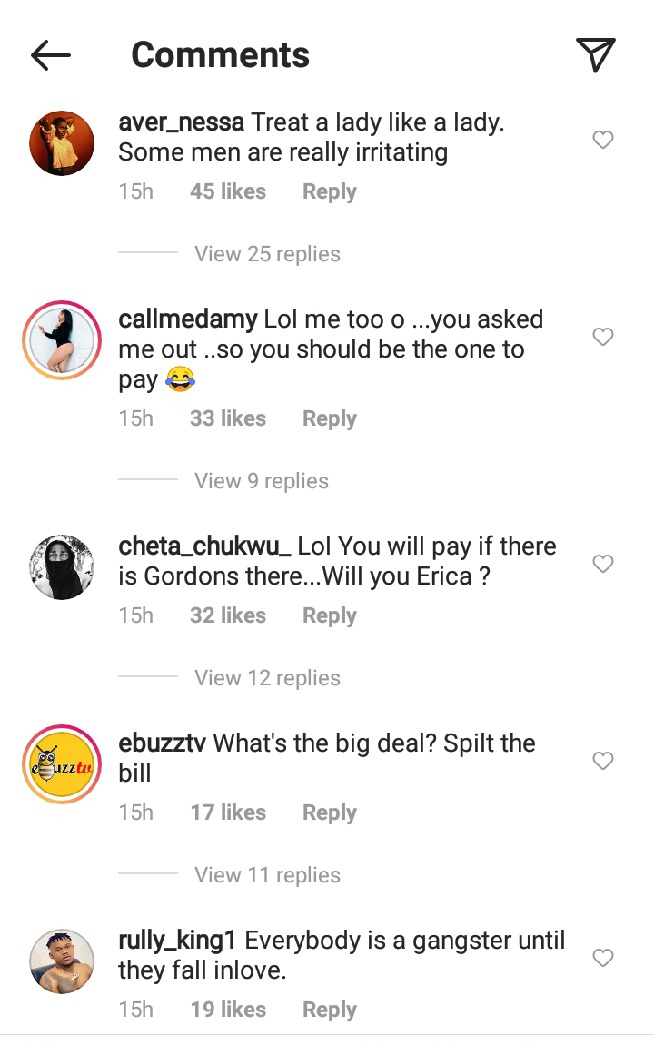 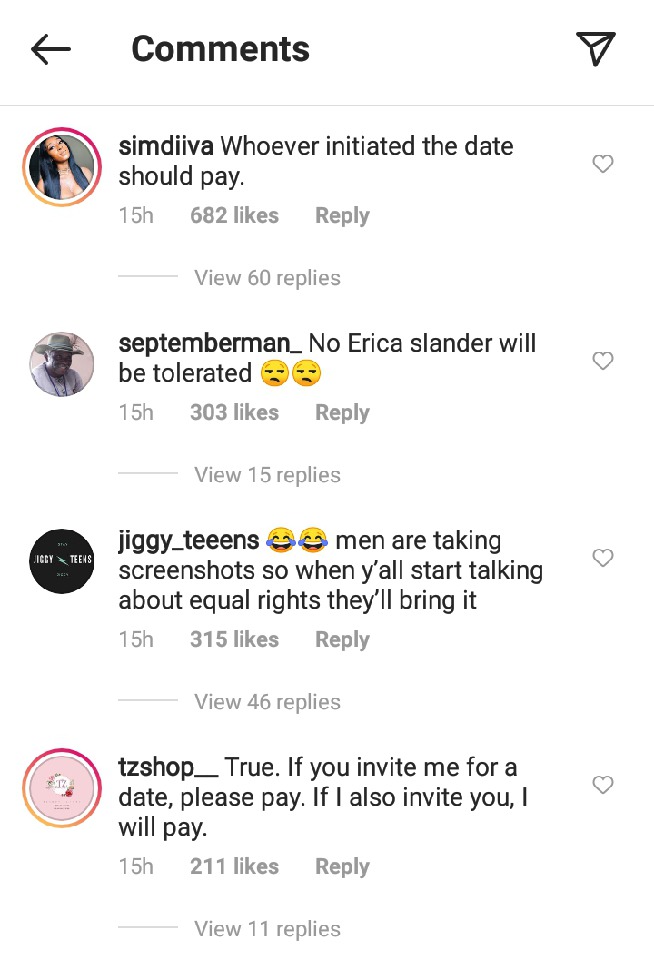 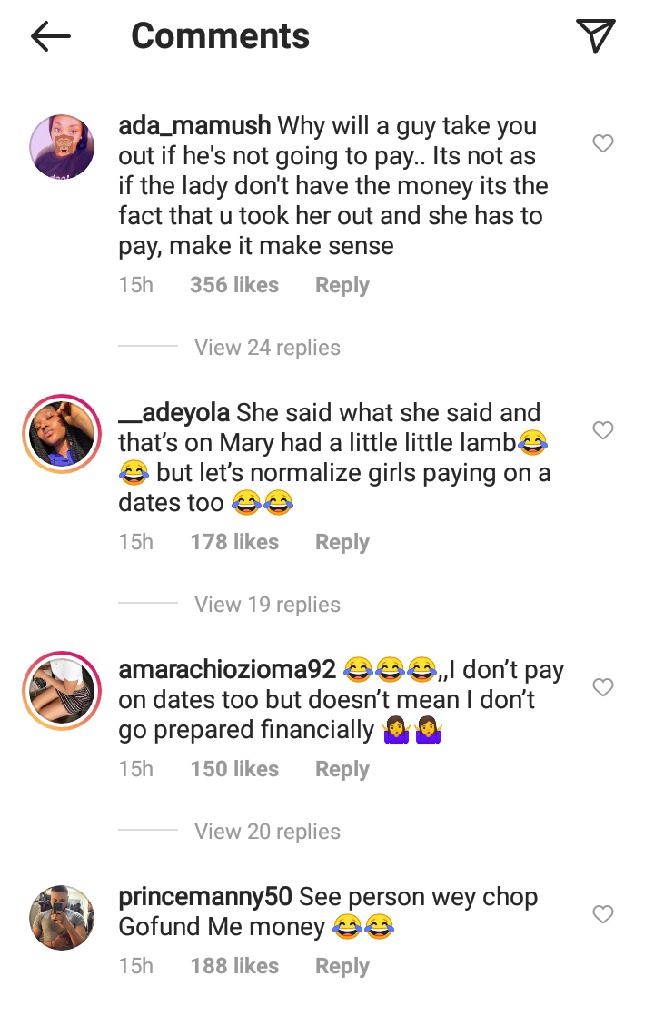 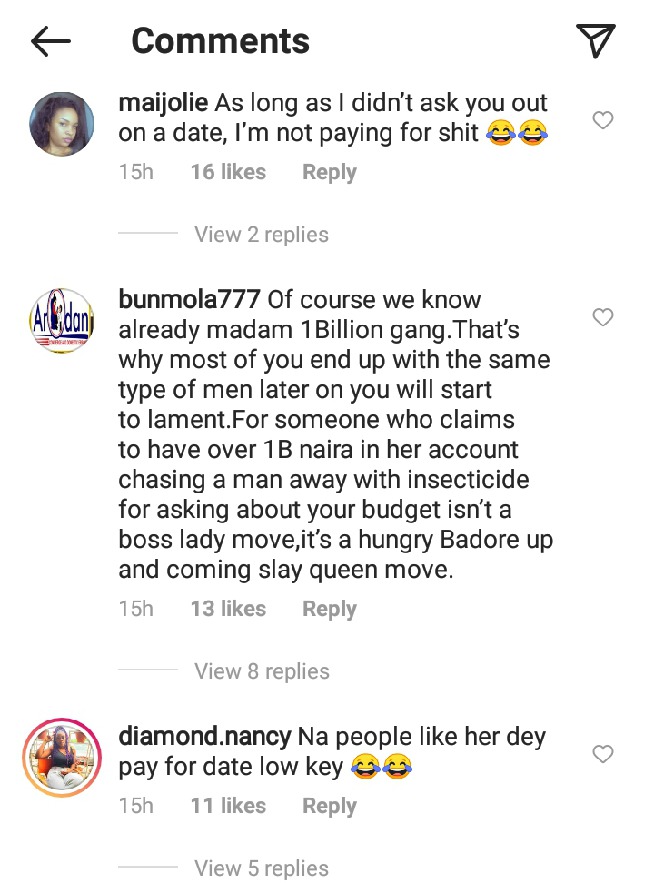 Many would argue that ladies who refuse to pay when they are on a date may be financially capable of doing so. However, their refusal may be unnecessary because men would place more value on ladies who do not leave all the financial responsibilities for their spouses.

Content created and supplied by: starlite (via Opera News )

50 Adorable Damask Gowns Every Mother Should Rock During Christmas.

Emotional Moment A Lady Was Seen Shedding Tears On Her Wedding...