BBN Housemate, Cross, revealed that he would love to have an intimate relationship with fellow Housemate, Nini, outside the House.

Cross made this known during a conversation with Nini in the garden earlier this evening. Cross believes that his relationship with Nini has been kind of restricted in the House.

He made it clear that Saga has made it difficult for him to try and get closer to her. However, there is a chance for them to get into a relationship outside the House.

This discussion started when Cross demanded a kiss from Nini in the garden.

Cross said: "I haven't forgiven you for putting me up for a possible eviction. To be honest with you, I am very mad at you. But don't worry you can redeem yourself.

You know I would like to have a kiss from you so as to forgive you for putting me up for eviction.

If I leave the House on Sunday, I will wait for you outside the House. It is just a kiss from you and I will forgive you for what you did".

In response to Cross' statement, Nini said she might give Cross what he wants outside the House.

Nini further stated that she doesn't want her boyfriend outside the House to feel uncomfortable.

Do you think Nini is truly trying to respect her "outside" boyfriend?

It is very difficult to conclude that Nini does not have a boyfriend outside the House.

However, I think some clues suggest to us that Nini might be lying about having a boyfriend outside the House.

I think Nini doesn't have any boyfriend outside the House. If she does have a boyfriend, she wouldn't even promise another man a kiss on live television.

What do you think about this situation? Drop your comments and let us see what you think. 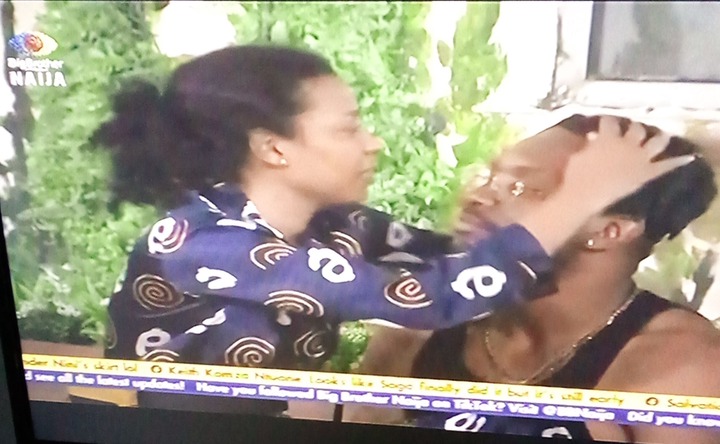 Content created and supplied by: Fijey2020 (via Opera News )

Are You With The Right Partner?

I Don't Regret Dating Married Men, I'll Use The Money To...

Signs Emotional Intimacy is Lacking in Your Relationship