It is no doubt that the average Nigerian doctor is well respected by Nigerians and at the same time hated by some. They are respected because of the profession and hated because of the salary they take which is better than that of most other professions in Nigeria and the way they are being sorted after by countries such as Saudi Arabia, the US, Canada, and other countries of the world. 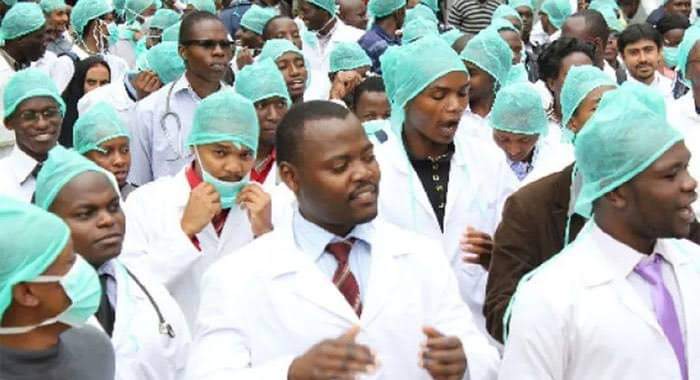 This shouldn't be a problem at all because Nigeria subsidized all education, from primary to tertiary, theatre artists and historians enjoyed subsidized education too. If Hollywood calls on them they will abandon Nollywood happily. Medicine and doctors are internationally marketable, internationally highly-priced. All kinds of people have abandoned Nigeria and settled in Canada

Moreover, Doctors in government-employed hospitals earn far higher than every other government employee of their level. But they are also the ones complaining loudest. They want to be paid like senators and governors. They are the ones engaged in sharp practices of diverting patients to their private clinics. Many of them don't even put in full time and attention in the government hospitals. They are still the ones who pocket monies meant to make our hospitals better for the poor public.

Now they are leaving Nigeria. Some of them went there with the skills they obtained through subsidized education in Nigeria. They went for better pay and better life. Many of those who obtained subsidized but unmarketable skills in Nigeria went abroad, dumped the trite skills, and learned Nursing for the good of their families.

However, some young doctors work without rest and earn nearly a million dollars a year in the US. Why won't they want to leave, Nigeria government should look into the issue of doctors and pay them well, if not we might begin to have shortages in the future.

Content created and supplied by: Rukkyupdates (via Opera News )