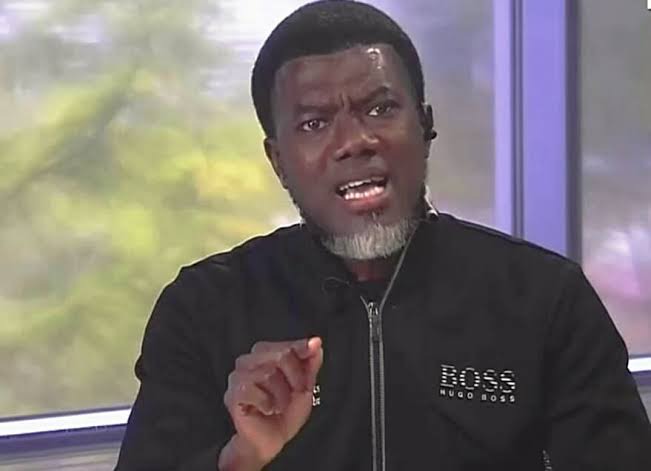 Reno advised men that if presented with such a list, they should go to the nearest marriage registry to marry inexpensively. He said that if the lady refuses a simple wedding that is not expensive, then she is not the right woman to marry.

Furthermore, he advised men to marry base on their wealth or capacity, according to their proposed in-laws' greed. 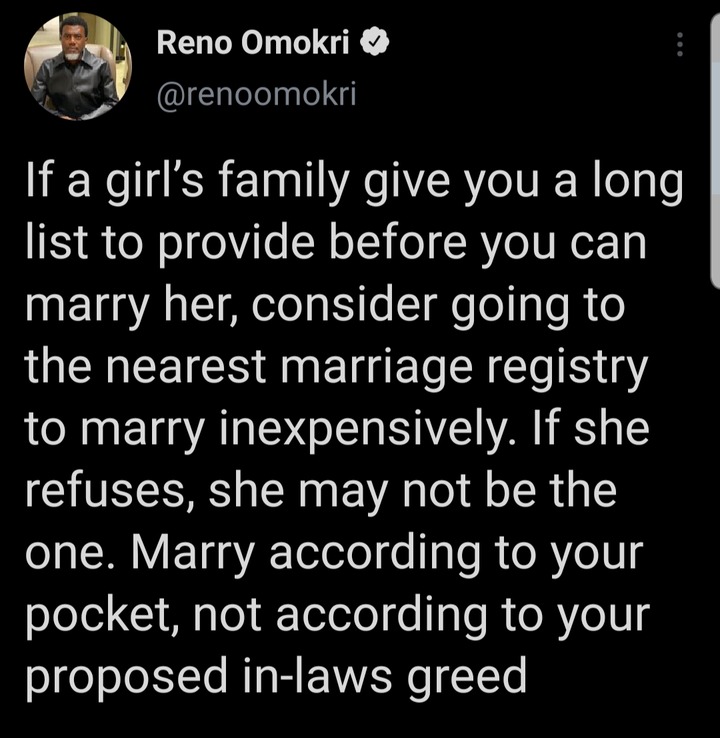 He wrote, “If a girl’s family give you a long list to provide before you can marry her, consider going to the nearest marriage registry to marry inexpensively. If she refuses, she may not be the one. Marry according to your pocket, not according to your proposed in-law's greed”

What can you say about his advice to men who are about to marry?

Content created and supplied by: EENews (via Opera News )

1 Harmful Thing Some Men Do To Their Private Organ And...

The Marriage Between A Nigerian Woman And Her 99-Year-Old Lover Shows...