A young man has been left dissatisfied and disappointed after being starved of food at the reception. The most interesting part of the video is the fact that the man brought out bundles of money to spray on the couple, and later changed his mind and did the unimaginable drama at the event. 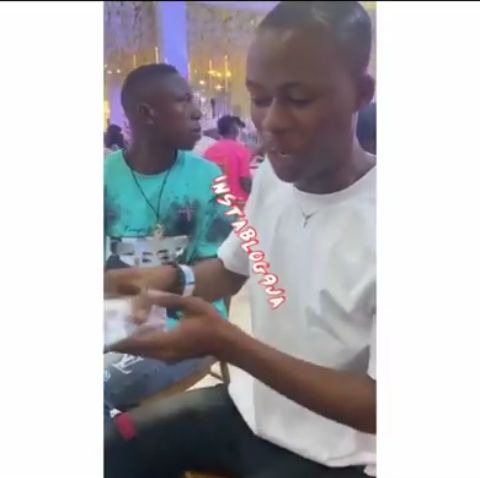 Some people are not ashamed to display any form of character in public because they don't care to know what anyone will say or think about their actions. Over time, there has always been a delay in wedding receptions and other events, and sometimes the delay could come from serving the quests food.

A topical example is seen in the video of this article, how a young man who brought money to give to the wedding couples was seen lamenting profusely because they did not give him food to eat at the reception. He also changed his mind from giving the couple the money brought, because of the delay in serving him food. 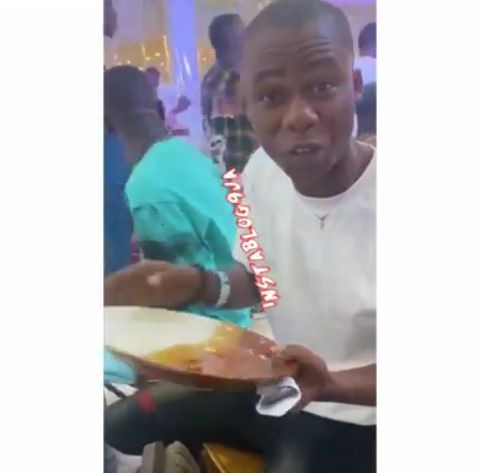 This may also interest you to know that the man did not only changed his mind from spraying his money to the couple, he also took the plate and spoon that was meant for him to receive the food and put them in his bag.

Do you think what he did was the best thing to have done?

If you were to be the man, will you also change your mind about giving out the money?

What is your opinion in this regard? 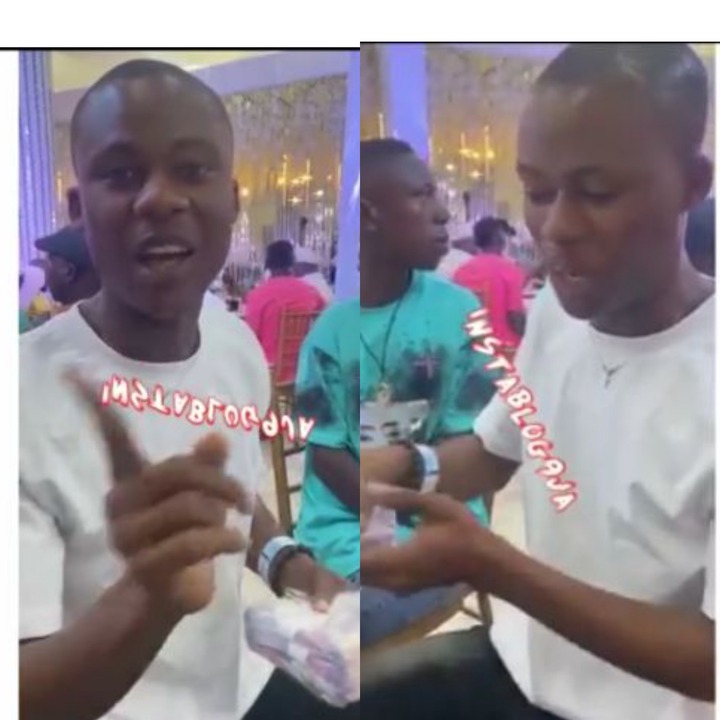 Content created and supplied by: Honey_Borny (via Opera News )

3 Approaches A Guy Can Use To Make A Lady Easily...