Reno Omokri is no doubt a very versatile and intelligent man. I envy his wisdom and intelligence. He has made some beautiful posts about relationship in general that I agreed totally with but there are some of his statements concerning the subject matter of relationship that I didn't align with at all. The one he made in his post yesterday that he said thus, "Dear men, Crying because a woman left you is a show of weakness and demonstrates that you were never worthy of her in the first place." is one of them.

In his attempt to justify his above statement, he said a lady does not worth crying over when she left and if a man must cry, he should do so on things that worth his tears. In addition, he believes since there are many women in the world, a man shedding tears because of one that didn't want to stay in his life is such a pitiable thing for him to do.

However, inasmuch he is entitled to his opinion on issues, he should not think he can be right all the time. Below are my points of disagreement.

1. Shedding of tears is not a gender thing but a human thing. The last time I checked, a man falls under the umbrella of a human. Contrary to what he said, crying is a sign of strength and not a weakness because it serves as a tool of easing one's pains when hurt by the people or things they least expected. From the way I see it, it seems Reno has never wholly fallen in love with a lady before because if he had, he will know that a woman is a special being that worth crying over by a man when he wakes up one day to realize that such a special creature is no longer in his life. 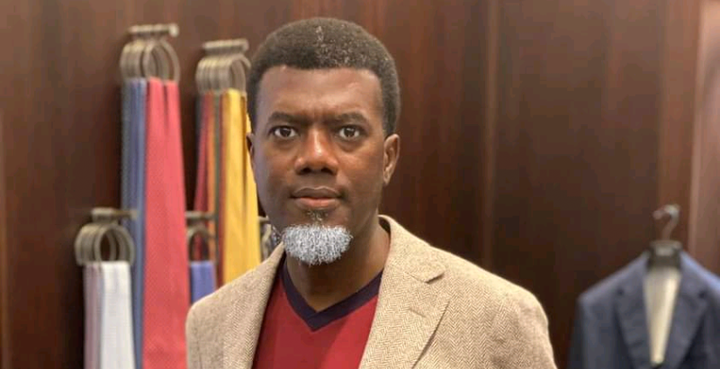 More so, tears have been believed to be therapeutic in nature. It reduces the pains that one feels inside. Aside talking to people and pouring out one's heart to them when it pains, crying is one of the best ways of feeling better. I have been there before, and it has worked out fine on several occasions.

2. There may be plenty of women on planet earth but all women cannot be like the one that leaves the life of a man. Besides, before a man would choose one particular woman out of the numerous ones, he must have seen something special in her that drew his attention which other ones may not have. This has nothing to do with physical beauty but her inner beauty which is undeniable in her actions and inactions.

Therefore, if you are a man reading this, don't suppress your pains when hurt just because you are a male. No, if shedding tears will make you feel better and reduce the anguish, why not? You are a human and every normal human cries when in pains.

What can you say about the assertion of Omokri on men who cry when left by the woman they love? Do you agree with him? Drop your opinion in the comment section.

Content created and supplied by: RealityWriter (via Opera News )

"I've Been Married For 5 Years, I Found Out My Hubby Has Another Wife, What Should I Do?" Lady Cries –

Father And Son Fighting Over A Girlfriend, See Real Drama. –

I Blew It: Lady tells how she blew millions on boyfriends and friends watch video –